The village of Craster is situated around a small harbour built at the turn of the last century by the family in memory of Capt Charles Craster, who was killed on the Tibet expedition.

The harbour served not only the local fishermen but also the quarries around the village. The structure at the end of the south pier is the base of the two silos in which the crushed rock was held prior to being discharged into the holds of the coasters moored alongside in the harbour entrance.

The village is noted for its kippers and other smoked products, available from the kippering shed (which also houses a fresh fish shop and a restaurant), and for its pub, the Jolly Fisherman, whose crab soup and sandwiches have had rave reviews in a number of national travelogues over the years, and where the new owners have introduced a menu of surpassing excellence.

The village provides a base for a number of excellent local walks, whether north to Dunstanburgh Castle (and, for the energetic, further on to Newton, where the Ship Inn by the beach at Low Newton is a very popular watering hole); or south to Howick via the point at Cullernose (look for the kittiwakes nesting in the cliff in the spring) and the dinosaur footprints in the rocks just south of the point.

There is also the site of a Mesolithic encampment on the track leading south down from the farm at Howick Seahouses. The area provides something for everyone, of whatever age - click on a link below to find out more: 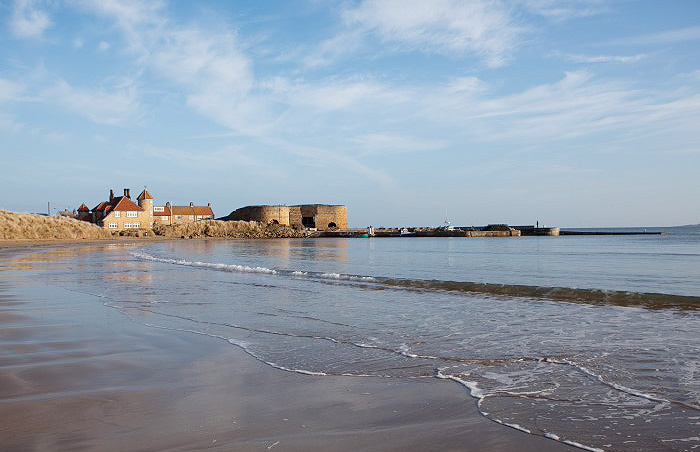 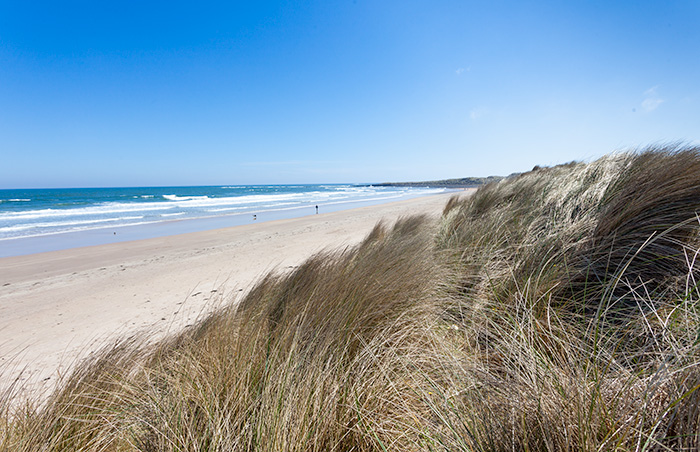 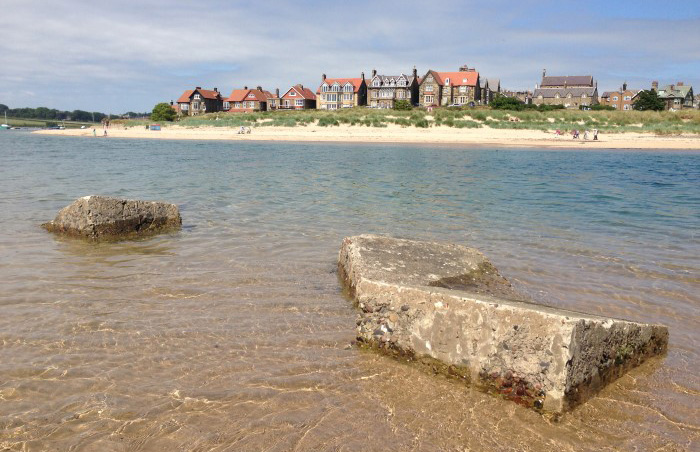 The nearest large beach is at Embleton, stretching from Dunstanburgh Castle in the south to Low Newton in the north - a marvellous stretch of sand particularly suitable for families. Beadnell beach, running south from the harbour (Beadnell has the only west facing harbour on the East coast), is noted for its water sports.

Bamburgh beach, which at low tide can be used by sand yachts (and, for those of a certain age, was used as the location for the meeting between Thomas Becket and the King - ostensibly in France - in the film ‘Becket’), stretches from north of the castle as far south as Seahouses.

Looking south of Craster, there is a small but agreeable beach at Howick, accessed by the path at Howick Seahouses, and another beach which is accessible by car (and is therefore good for the disabled and for very small children) at Sugar Sands (turn left in Longhoughton, just past theSpa – a contribution of £1 for the church is requested at the farm gate).

Finally, there are magnificent sands at Alnmouth, on both sides of the river mouth. This is a particularly good beach for flying kites! 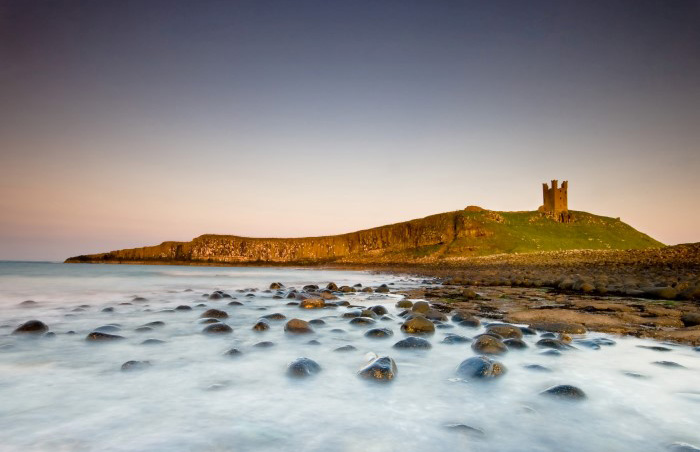 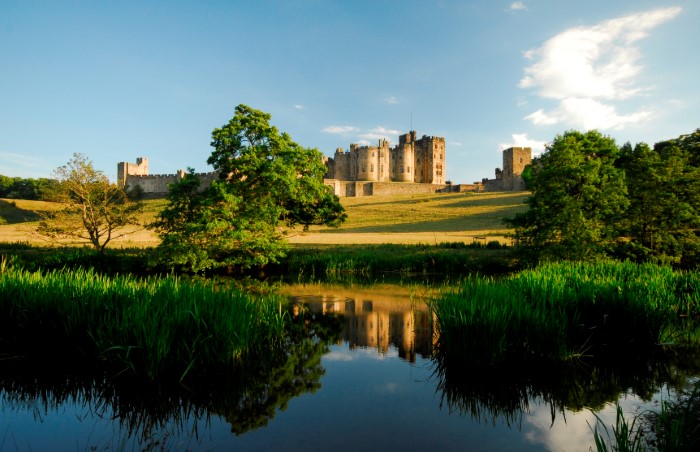 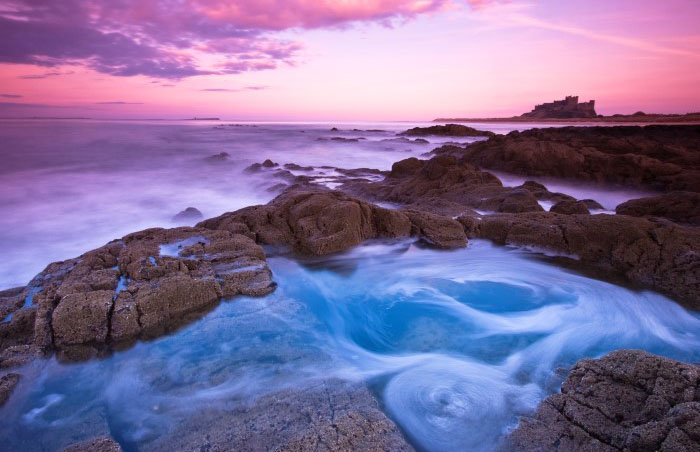 The nearest castle is Dunstanburgh, (National Trust/English Heritage), which is an easy walk along the coast from Craster itself. A stronghold of John of Gaunt, much remodelled over time, the low ground below it to the south was at one time a harbour that sheltered the English fleet. Although seriously ruined, the castle still retains its original outlines, and there is much to explore. The site is also notable for the nesting gulls in the cliffs in the spring.

Alnwick Castle (HHA) is probably the best known castle in the area as a result of its use as a location in many films, most recently as Hogwarts School in the Harry Potter series. As well as being a serious border stronghold, however, it is also a stunning palace, having some of the richest interiors in the region, with excellent pictures and outstanding furniture and porcelain. Warkworth Castle (English Heritage) is another Percy stronghold, closely linked with Harry Hotspur. It has been well restored and maintained, and with a particularly good programme for young visitors has much to explore. In the summer months English Heritage mount a series of events in and around the site.

Bamburgh Castle (HHA) is the seat of the kings of Northumbria, at one time claiming the title of the capital of England. It was to here that the monks of Iona were summoned to bring Celtic Christianity to the pagan north of England, and it was from here that King Oswald marched out to the Battle of Heavenfield. The castle was restored in the 19th century, much of it by the Armstrong family, and contains an eclectic mix of collections.

Chillingham Castle, ancient seat of the Earls of Tankerville, is one of the oldest remaining border strongholds, and was home to the famous herd of Wild White Cattle (now a separate charitable trust). Recently renovated, and still undergoing restoration, it is a fascinating opportunity to explore a fortress-turned-mansion and obtain an understanding of how it has developed. Once again, the contents are eclectic in the extreme.

Holy Island Castle (National Trust) Better known for its religious connections Lindisfarne (Holy Island) is also home to one of Edward Lutyens' most successful small country houses. The conversion of the original Elizabethan fort was carried out at the turn of the 19th century for the Courtauld family, who used it for many years as a retreat for themselves and their friends. The walled garden created by Gertrude Jekyll to be seen from the house is of particular note. 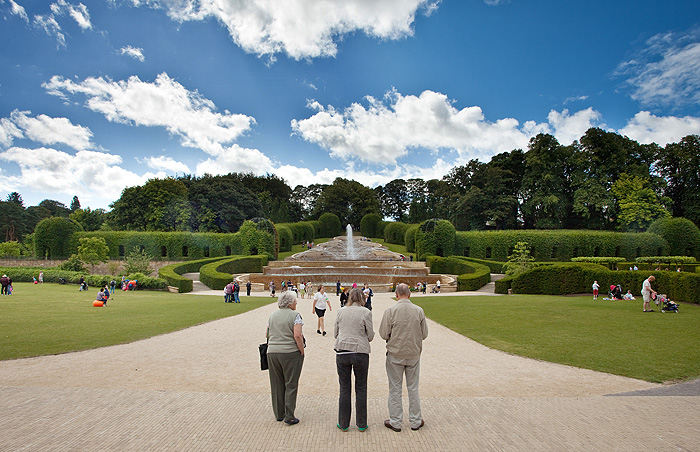 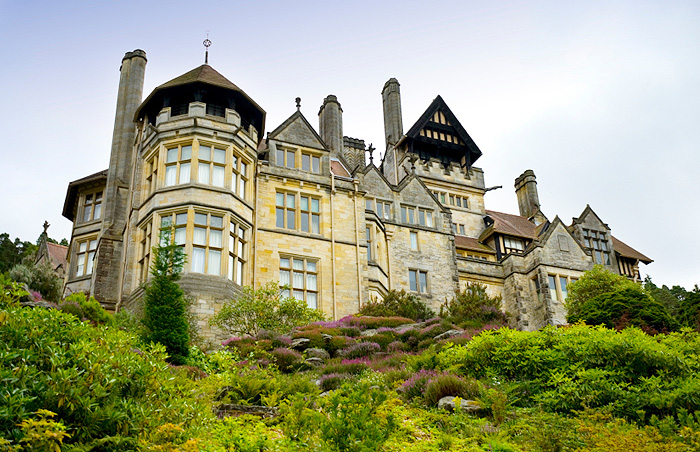 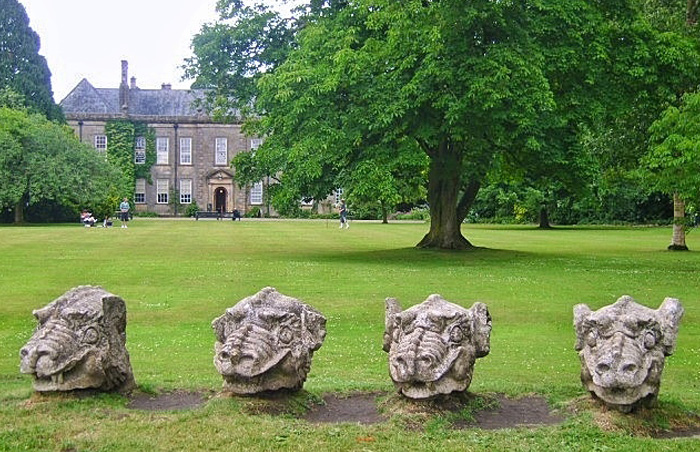 There are a number of notable gardens in the area, of which currently The Alnwick Garden is undoubtedly the best known. Open all the year round, and providing a variety of different attractions it has a great deal to offer to all ages - gardeners and non-gardeners alike.

Howick Gardens are only a couple of miles from Craster. Locally renowned for many years, recently they have become much better known nationally as a result of the establishment of an arboretum that features trees from all over the world, laid out by continent, most of them collected by Lord Howick himself in the last 20 years. The garden is especially attractive in the spring when the snowdrops and daffodils are beautiful. The Long Walk takes visitors from the garden to the shore down a recently replanted wooded dene. There is a first-class tearoom, which serves lunch, and it is easy to walk over there from the Tower on a footpath across the fields.

Cragside Gardens (Cragside - National Trust - Rothbury) are astonishing for their scale. The first Lord Armstrong planted a million trees around his property, and in so doing altered the microclimate of Rothbury. The drive through the grounds in May/June reveals a display of rhodendrons that is simply breathtaking in its scale and variety. The trees include some enormous American specimens, and the lakes constructed to provide hydraulic (and subsequently hydro-electric) power to the house are fascinating examples of Victorian ingenuity.

Wallington Gardens (Wallington House - National Trust - Scots Gap) are a well established 18th century gardens, maintained and developed by the family ever since. Divided from the house by the main road, they are a happy amalgam of woodland, water and walled formal gardens.

Throughout the summer there are a number of private gardens that open under the National Gardens Scheme - of which the nearest is Fallodon (just north of Embleton). 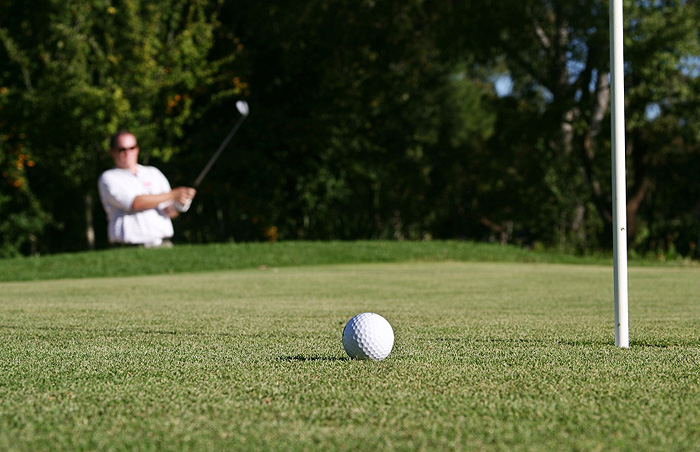 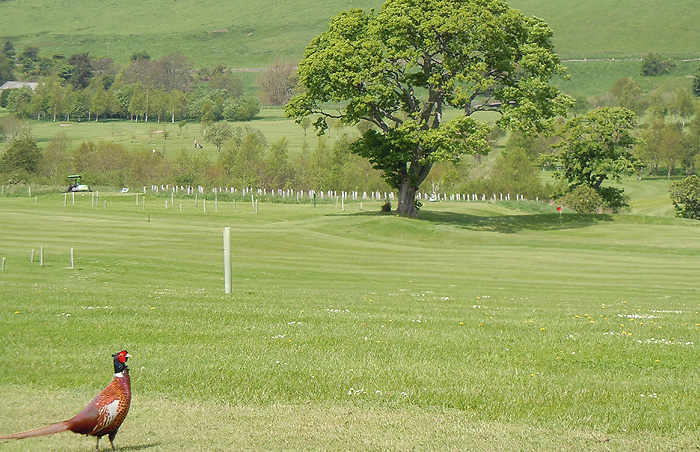 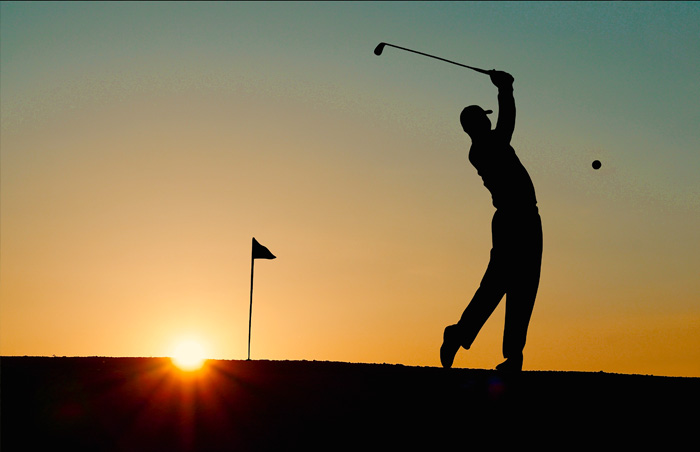 There are any number of golf courses within easy reach of the Tower. Perhaps the best known is the Foxton course at Alnmouth (where there is also the Village Course, one of the earliest in the region).

There are links courses at Embleton and Seahouses where concessions are available, and a spectacular seaside course at Bamburgh. There is also a course at Alnwick. Further afield there are courses at Berwick and Morpeth, and for those who enjoy playing in the shadow of the hills there is Rothbury. 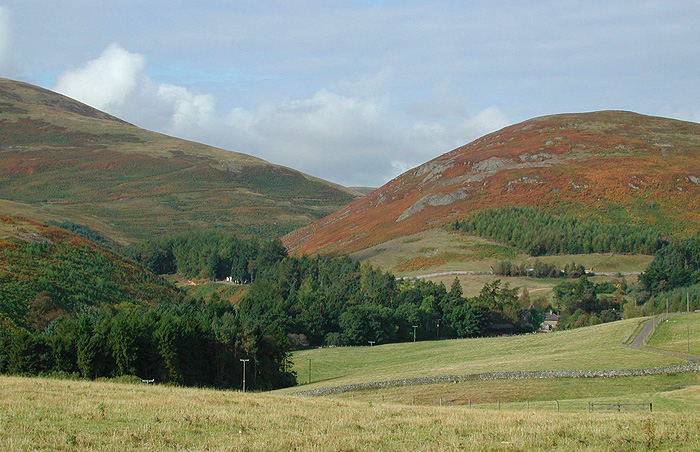 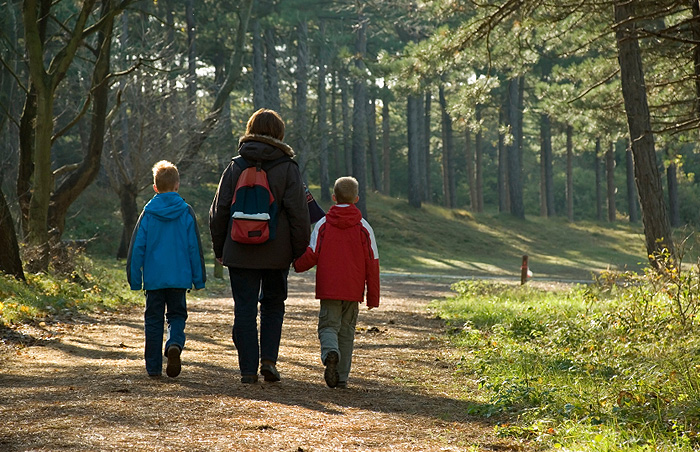 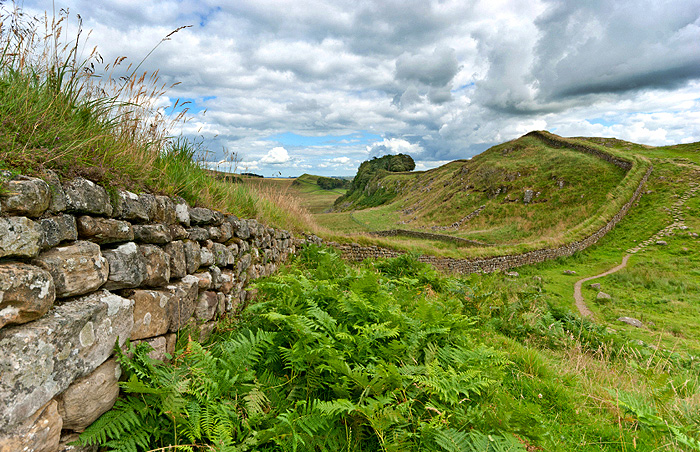 This is a country for walking. There are walks of all sorts, including a major route, the King Oswald's Way, which runs from Holy Island to Hexham following (more or less) the route taken by the monks who rescued the body of St Cuthbert from the Viking raids on Holy Island, and took it down to Durham.

Across the A1 lie the Cheviot Hills, best approached from the north via Wooler (the College Valley is particularly attractive, as is the Harthope Burn which provides access for the assault on either Hedgehope or Cheviot itself). Alternatively the area may visited from the south via Rothbury and Redesdale through the Army Training Area at Otterburn. Everywhere there are public footpaths, giving access to walks of all lengths and different grades of severity, ideal for the old, the young and dogs alike!

Those who want to stretch their legs but are looking for something a bit different can try Hadrian's Wall, best explored from Housesteads near Hexham, or Northumberlandia, a most imaginative piece of landscape sculpture near Cramlington. 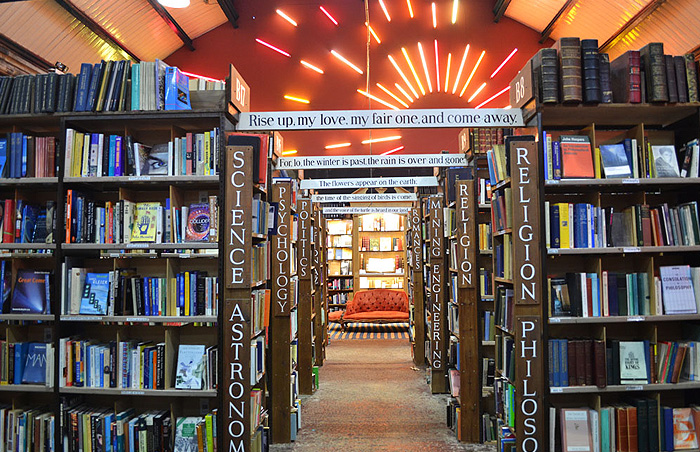 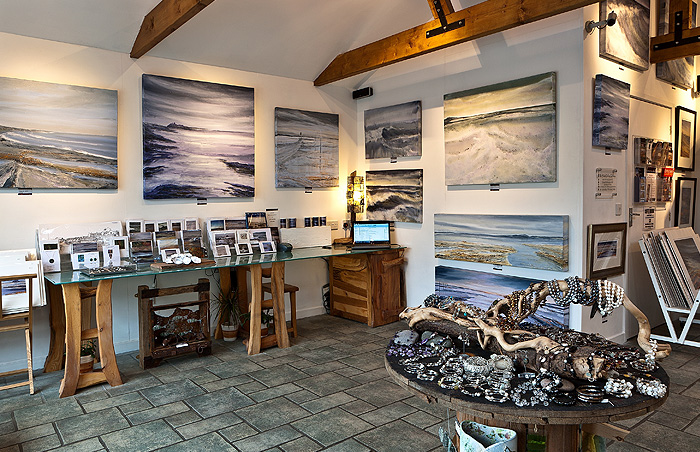 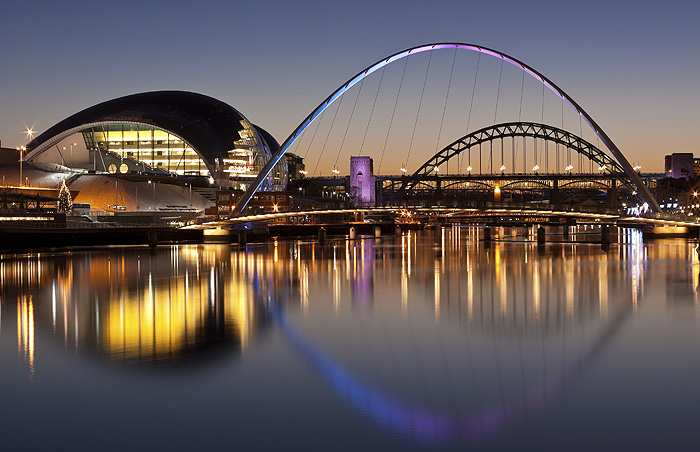 And, for those (hopefully rare!) occasions when the weather makes outdoors less inviting than it might be, there is, almost on the doorstep, one of the biggest, best and snuggest second-hand bookshops in the UK - Barter Books in Alnwick. While for those who like their entertainment packaged the Playhouse Theatre in Alnwick provides a constantly changing programme of live productions and concerts, as well as the most recent films.

For those who like pictures there is an excellent local gallery - Mick Oxley's Gallery in the village of Craster itself (opened by the then Foreign Secretary, David Milliband, at the time a local MP who is a fan of Mick's work) showcases for some of the best art in the north-east.

Further afield there are a number of National Trust properties, such as Cragside and Wallington. The Woodhorn Mining Museum near Ashington (in its day known as the largest mining village in the world)is perhaps one of the best (and least-known) north eastern attractions, which features a stunning evocation of mining life, housed in the surface buildings of one of the largest former mines in the area.

Those with small children can keep them entertained for hours in the excellent Castle Mania Indoor Adventure Play in Amble.

And of course Newcastle has world-class museums and the Sage Concert Hall. 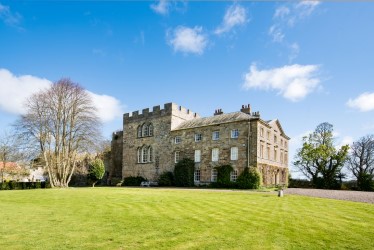 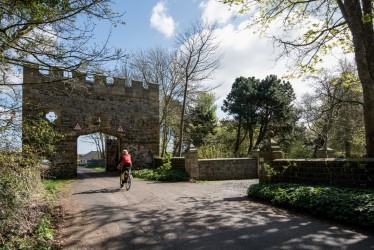 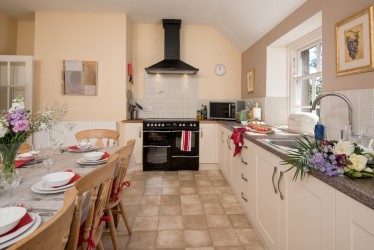 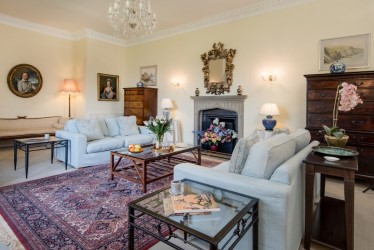 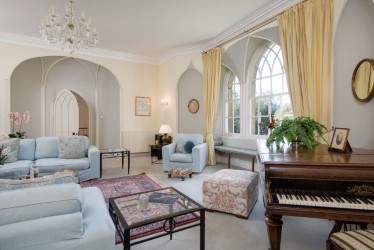 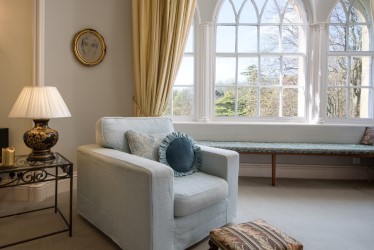 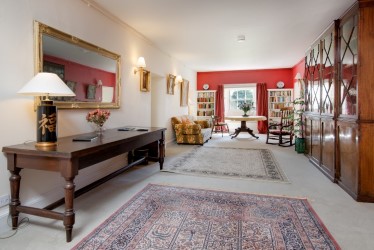 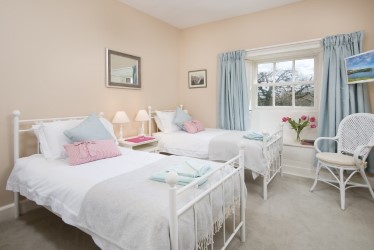